People are already editing the bio of United’s CEO

Earlier this morning, graphic footage of a doctor being dragged from a plane scheduled to depart O’Hare International Airport in Chicago for Louisville, KY quickly went viral. The man in the video, who is reportedly a doctor heading home Sunday night in order to see his patients the follow morning, was randomly selected to be bumped off of the overbooked flight by United Airlines so the airline could make room for their own staff members. 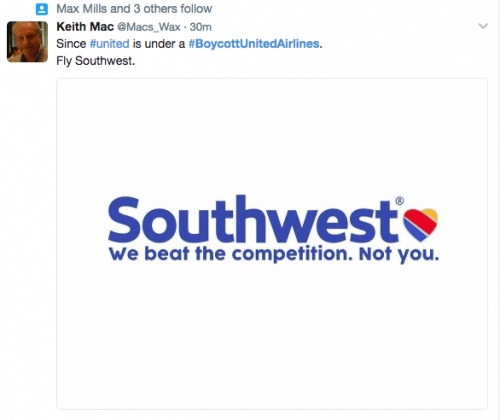 Some called attention to the extreme violence of the situation by sharing cartoons of a United Airlines employee walking the aisles decked out in full riot gear. 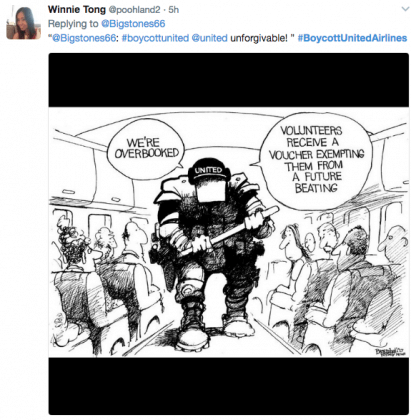 Others not only mocked the airline company, but also called attention to an absurd video released by a Florida sheriff seeking to ramp up the failed war on drugs by dressing up his police officers in sun glasses and ski masks in an effort to be fulfill their dream of being on Miami Vice. 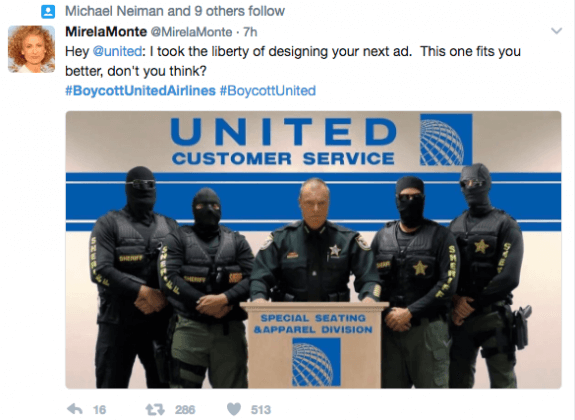 And just when things couldn’t possibly get any worse, in comes Oscar Munoz- United Airlines’ CEO. The fifty-seven year old Mexican-American, who earned a BS in business from the University of Southern California and an MBA from Pepperdine University and previously worked at Pepsi, now infamous for its own PR disaster- think Kendall Jenner, has twice been named as “100 Most Influential Hispanics” by Hispanic Business magazine . 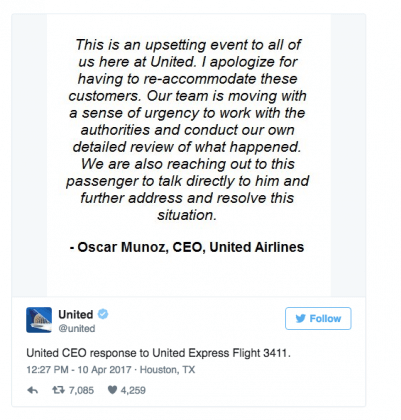 Munoz released a tone deaf statement apologizing for the inconvenience of “re-accommodating” its customers. From the video, it appeared that the only re-accomodating the airline was trying to do involved getting man’s teeth out of his mouth!

People were quick to zoom in on the decision maker’s tone deaf response and updated his wikipedia page to more accurately reflect the incident.

We hope United Airlines and Oscar Munoz have learned a few things from this experience- do not beat up your passengers and do not refer to the violent beating of your passengers as a re-accomodation.

Jeronimo Saldaña is a member of Mijente and a volunteer on its CommSquad. He’s internet famous for making President 45’s sayings into stylish hats. Follow Jeronimo at @JeronimoSaldana