Español
Join Login
Artist: Cindy Tosca-Ramos Over 500 years of colonization and exploitation have left the island of Puerto Rico (Borikén) reeling and in desperate need of a new direction.

The Niña, The Pinta, and Hurricane Maria

As news of the complete devastation across the island of Puerto Rico is released, I find myself incessantly hitting refresh on my Internet browser. With each click, my emotions and tears overwhelm me. A deep feeling of desperation follows. This has become an unintentional daily ritual since “natural disaster” Hurricane Maria struck the island.

I know I am not alone.

As 3.4 million Boricuas on the island are working to survive in the midst of a humanitarian crisis, over 5 million Boricuas across the Diaspora wait to hear from family and friends, while trying to simultaneously figure out how we can be the most helpful. Many have identified three specific ways to help the island progress.

1. Donating towards humanitarian efforts. We trust and highly recommend giving to these grassroots organizations on the island: AgitArte, Defend Puerto Rico and CEPA.

2. Calling for the elimination of the exploitive debt that strangles the Island.

3. Organizing and fighting for a full repeal of the Jones Act.
​
Meanwhile, we are willingly or unwillingly participating in a collective mourning, a grieving of what has been lost. Deep down, we know that Puerto Rico and its people will never be the same again.
​
The entire island has lost electricity and won’t have it back for at least six months. A curfew is currently being enforced by the National Guard. People have lost their lives as the government failed to supply hospitals with diesel fuel for their generators. An estimated 44% of the Island is without clean drinking water. Over 80% of the island’s crops have been wiped out. Most schools across the island remain closed, leaving 700,000 students without access to formal education. Flooded towns across the island will have to deal with diseases that are common in contaminated drinking water and from mosquito breeding grounds in still water. We are still learning more about the devastation by the hour. ​

In the midst of all this hardship, empires twitter happy, white supremacist, misogynist, colonizer-in-chief managed to attack San Juan’s Mayor Carmen Yulin Cruz from his golf course. Eventually making it to the island two weeks after the hurricane first hit, where hecontinued to insult the Puerto Rican people by insisting that they were not experiencing a “real catastrophe”.

The people creating these economic disparities and creating deep debt are exploiting poverty and hoarding our resources. These vulture capitalists bank on our oppression. In essence, they have been squeezing the juice out of the island and its people, and then have the audacity to charge the people for a sip. ​

In the following essay, my brother, a Public Defender and community activist, Ricardo Arroyo-Montano, makes the clear connection between the policies and actions of the past and the continued colonization of Puerto Rico. Mass corporate media coverage would have us believe this is all happening in a vacuum, that this disaster and its effects are only about this hurricane. We hope that this piece can serve as a resource for those who are interested in learning more about Puerto Rico and its deep history of resistance.

In the midst of the devastation, I remember the words of Sufi poet and mystic, Rumi, “the wound is where the light enters.” Puerto Rico has suffered at the hands of U.S. imperialism and capitalist greed long before Hurricane Maria appeared on the forecast. I am not sure that any work on the decolonization of American Empire could be successful if it ignores the plight of Puerto Rico. While we grieve and rebuild, we must pursue radical hope and LOVE. We must prioritize healing justice as we find a way to build bridges between Boricuas on the island and Boricuas on the continental United States. We must radically imagine a new way forward. The diaspora must be engaged in the process. I have faith that another world is possible. 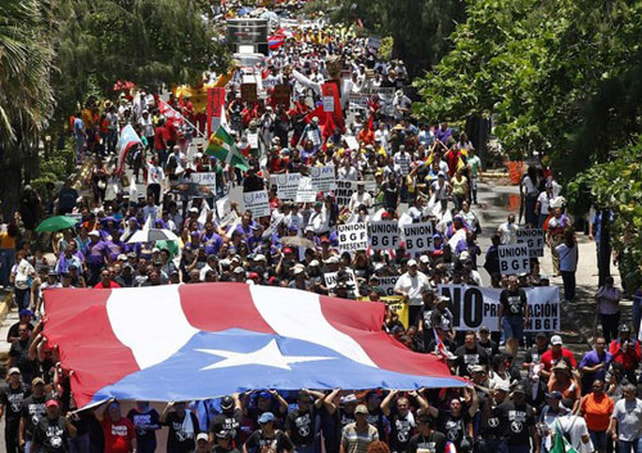 “The most serious blow suffered by the colonized is being removed from history and from the community. Colonization usurps any free role in either war or peace, every decision contributing to his destiny and that of the world, and all cultural and social responsibility.” -Albert Memmi.

Read the Full Article to learn about Puerto Rico’s colonial history with the US. 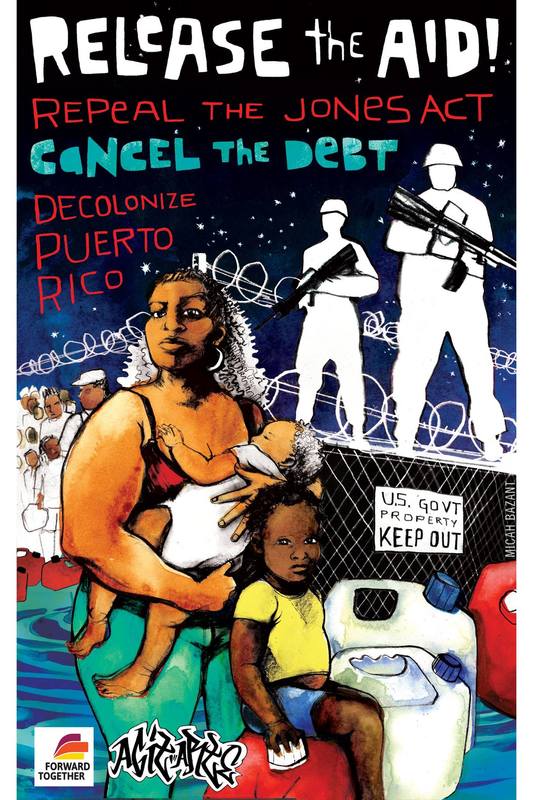 “For a colonized people the most essential value, because the most concrete, is first and foremost the land: the land which will bring them bread and, above all, dignity.” -Frantz Fanon.

For more info on PROMESA check out this report from Action Center on Race and the Economy by clicking on the above image: https://www.acrecampaigns.org/puertorico

Eroc Arroyo-Montano is a Mijentero and founding member of the critically acclaimed Independent Hip Hop group, Foundation Movement. An educator, artist, activist, healer and a proud father of three. Follow him & his work at www.sonofatabey.com