This has been a year of big wins for the #NoTechforICE campaign.

Today we’re celebrating the fact that ICE has been cut off from accessing the utilities data of 171 million people. This step forward blocks ICE from using personal information to surveil, arrest, detain and deport our community members. This is just the first step. We will continue demanding an end to the practice of data broker corporations like LexisNexis and Thomson Reuters selling sensitive personal data, a practice that endangers us all regardless of status.

First, we’re calling on the Consumer Financial Protection Bureau (CFPB) to investigate data brokers for using this utility data, originally shared by consumers to access essential services, for the purpose of arrests and deportations.

This win would not have been possible if it wasn’t for the fierce organizing and activism by immigrant rights organizers, borderlands communities, students, legal scholars, librarians, and justice-minded investors. Over the past two years, this diverse set of groups have brought the fight to ICE — and the tech companies that sell them our data — to demand an end to the human rights abuses.

Next, we’re bringing it to your city! For years we have sounded the alarm that ICE is setting up infrastructure that uses technology at an unprecedented scale, locally and nationally. As ICE looks to data brokers and other tech companies to circumvent local sanctuary protections, we will fight back. And you can join us in building the path towards real digital sanctuary. As we ring in the new year, we invite you to reach out if you are interested in doing new work in your city or municipality to target digital ICE surveillance.

Nationwide, law students have been organizing to demand that their law schools end contracts with LexisNexis & Westlaw (a subsidiary of Thomson Reuters). Many demanded schools provide research tools that don’t come at the expense of migrant lives and community safety. Students at Seattle University Law School began sounding the alarm about the hypocritical contracts with the two companies. Then, they took part with Mijente and End the Contract Coalition in nationwide protests during a week of action. As a result, the law school implemented steps to increase transparency around the contracts and offer alternatives. These small wins are steps in the right direction towards ending the contracts altogether. 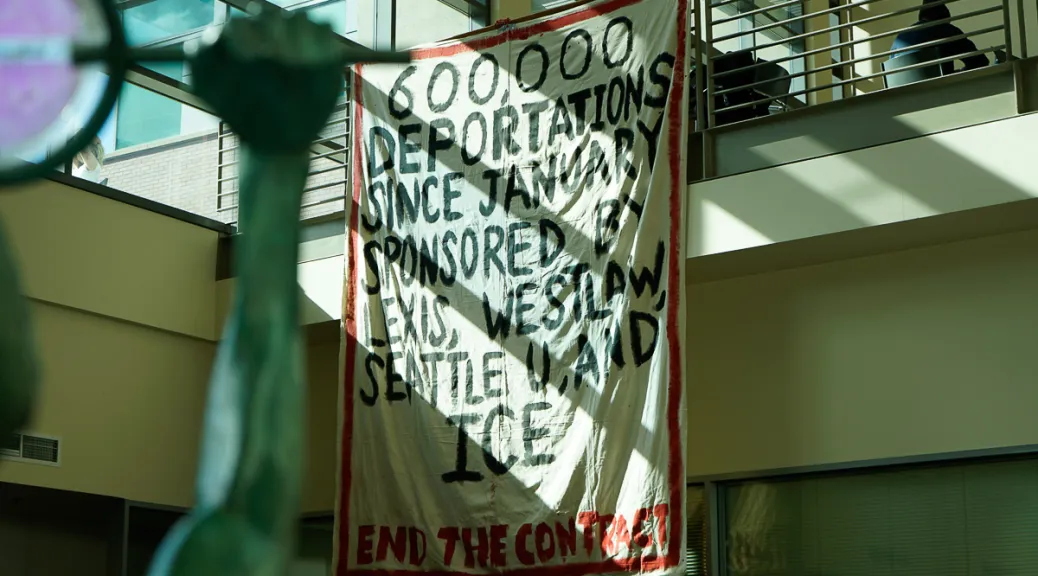 In April 2021, the LexisNexis corporation signed a $22.1 million contract with ICE. This contract stands to provide the agency access to billions of public and private data. Generated from sources like cell subscription plans, bankruptcy records, credit history and more, one goal of the contract is for the company to “assist the ICE mission of conducting criminal investigations”. This October, the Library at the Lake Washington Institute of Technology became the first library in the country to cancel their contract with LexisNexis because of their contracts with ICE.

In an attempt to rebrand their approach to the border wall as a “gentler” and “smarter” alternative, the Biden administration is creating a digital and virtual wall. This wall that uses surveillance technologies like drones, biometric data collecting, and mobile phone hacking. And it is just as deadly in its targeting of migrants and communities at the Southwest border. Organizers and activists in these communities are fighting back. They are exposing the multi-million dollar contracts that come at the expense of much needed community services and aid. The Rio Grande Valley No Border Wall Movement collaborated with Mijente and Just Futures Law to release our recent report.

You can more about the impacts of the Deadly Digital Wall in the report here: http://mijente.net/NoVirtualWall 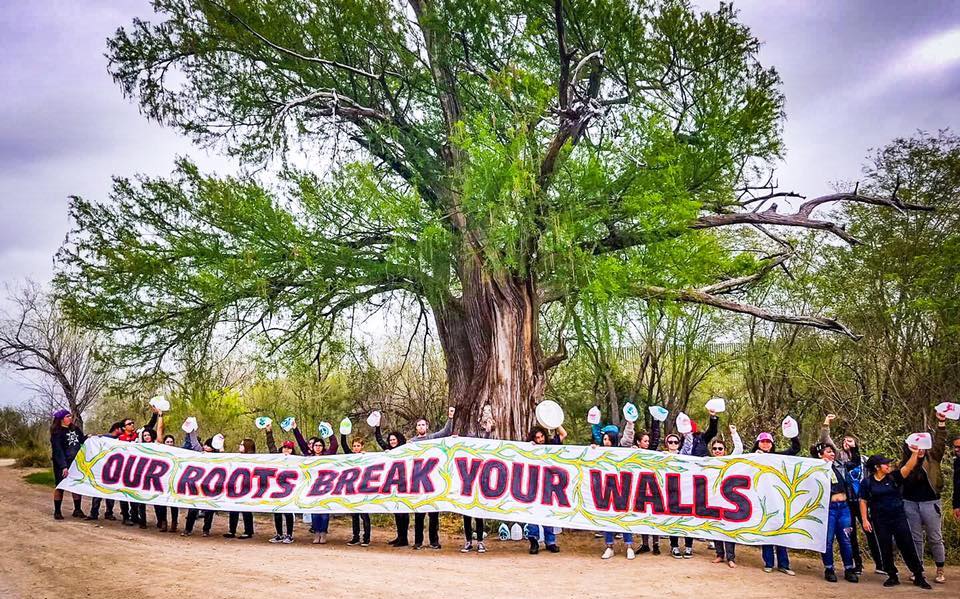 This summer, a majority of the independent shareholders with stock in the Thomson Reuters’ corporation voted in favor of a proposal to review the company’s contracts with ICE.  For over a decade, Thomson Reuters’ has been working with ICE. What does this mean? They have been providing the software agents use to target and track community members, citing “impartiality” as a principled business practice. As a result, their contracts with ICE have only grown in size over the years. But now investors are starting to push back. Now, they’re demanding a framework to address the serious human rights risks and abuses that come with data brokering. 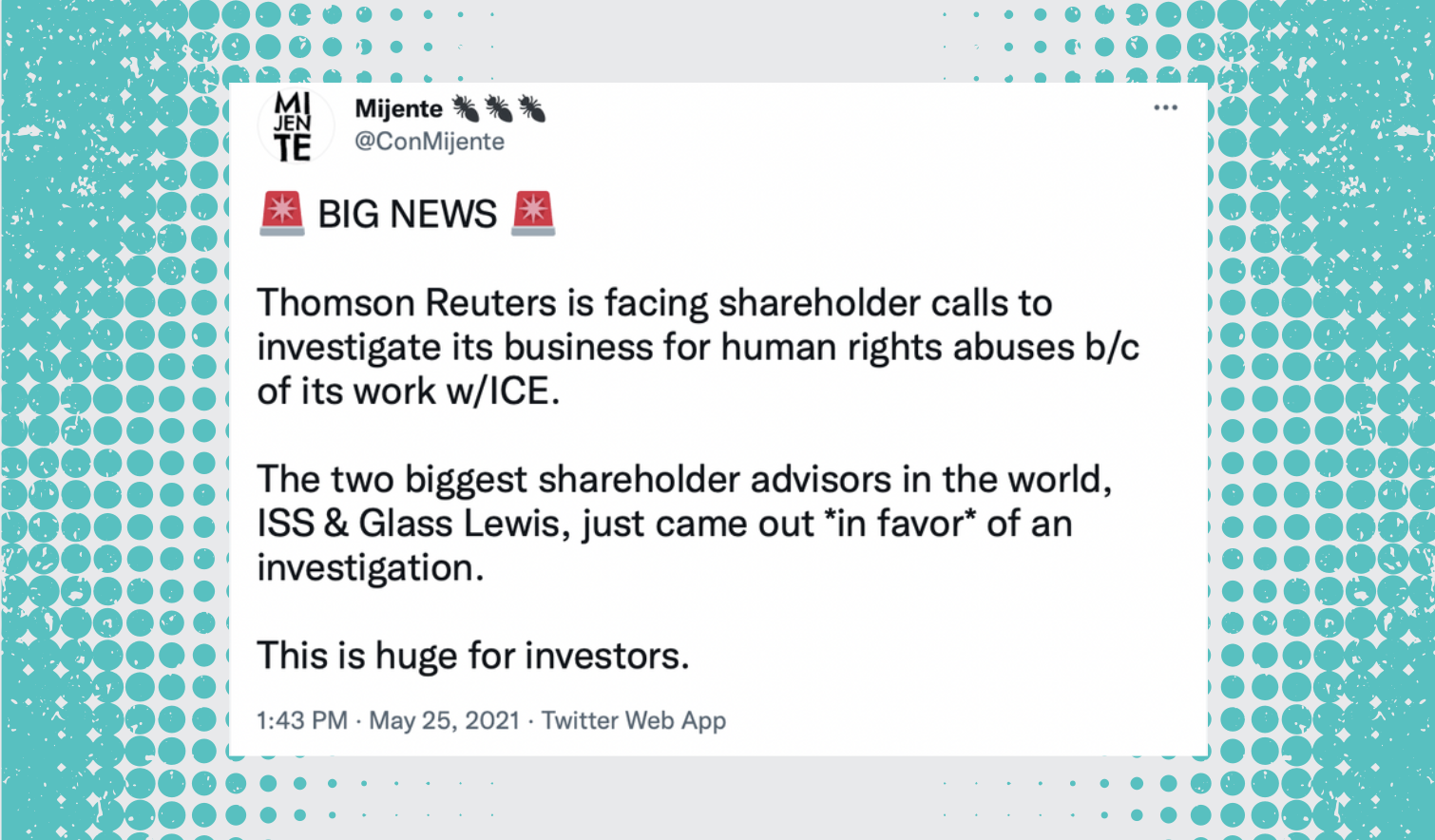 Finally, we want to give a big shout out to the organizers and activists standing with us. In the fight against deportations, our members and partners have been taking to the streets to demand justice. During a protest outside of Thomson Reuters NY office, organizers shared the connections between data brokering and deportations. We will keep organizing until #NoTechforICE becomes the reality. 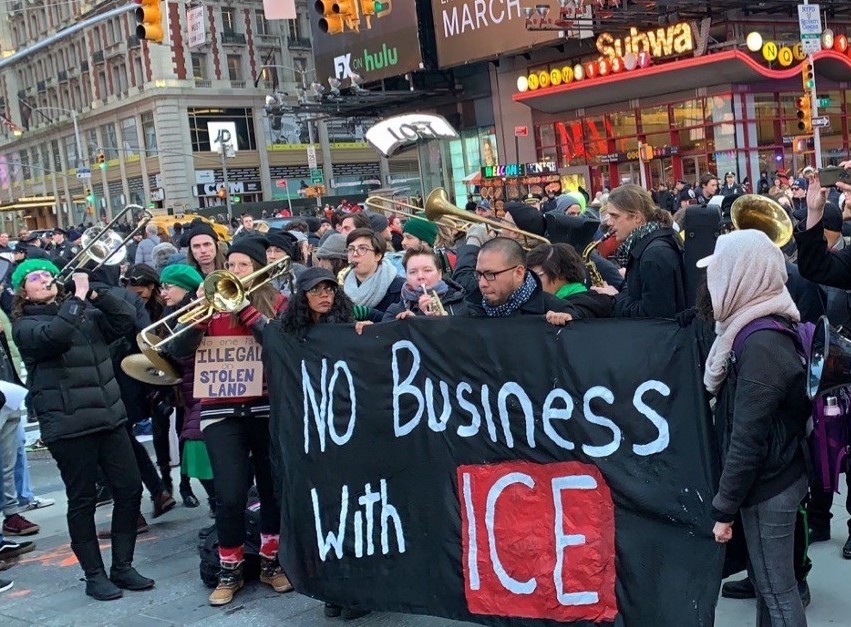 “[ICE] relies on tech and data companies that sell them our data, and help analyze our information to make deportations and raids brutally efficient. Thomson Reuters CLEAR program is one of the main ways that ICE and Palantir have access to our private information.”

Vero Bayetti, Mijente member sharing during the action (pictured below) 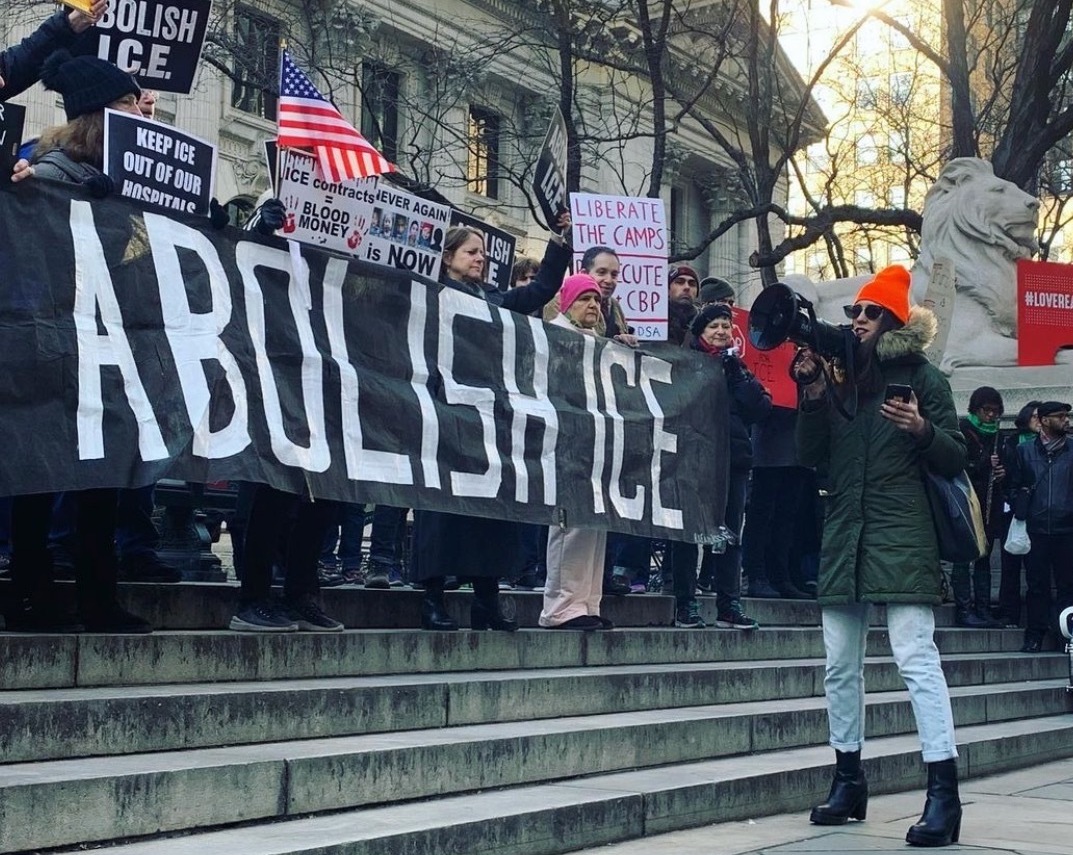